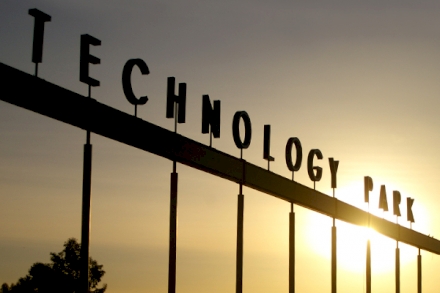 A new space and defence precinct will be created at Technology Park, Mawson Lakes that builds upon local capability in defence and space industries, and supports companies wanting to move to South Australia to expand or establish their presence.

The Premier today announced that Raytheon Australia and Saab Australia will expand their current presence, creating more than 550 jobs in Technology Park, with the support of the State Government.

Raytheon is building a Centre for Joint Integration, set to create 350 jobs and will receive up to $8 million over nine years. Saab will expand its Civil and Emerging Technologies business creating 200 jobs, and has received $4.4 million.

Saab Australia Managing Director, Andy Keough, said that the company was keen to build upon its investment and the State Government support would be an ‘important contributor’ to that growth.

Mr Weatherill said the jobs would include aircraft support, software engineers, and project managers. “Our state is transitioning towards a hi-tech future and by fostering innovation we will attract global investment opportunities and increase our share of the multi-billion dollar space, defence and cyber security industries,” he said.

The City of Salisbury welcomes this announcement, having worked closely with the State Government, Defence SA, UniSA Mawson Lakes and local industry including Saab Australia, Lockheed Martin, Boeing, BAE Systems and Speedcast, to advocate for Technology Park to be the primary space and defence precinct in South Australia, and in Australia.

As home to eight of the top 40 defence companies in the world, including the top six, along with a number of smaller companies such as Daronmont Technology, Daintree Systems and Solinnov, this announcement reinforces the City of Salisbury as home to the state’s defence industry.

It builds upon local strengths and capabilities in the defence and space industries, including the Defence Science and Technology Group, leading R&D institutes and centres at UniSA Mawson Lakes, and the Edinburgh Defence Base, supporting local industry transformation and the creation of high technology jobs of the future.